Fact: the search term that has brought the most people to this site so far is ‘angry badger.’

Funny story (especially for those of you who are Tom Ricks and/or Civil War buffs): several months ago, my good friend and co-worker was a few months pregnant and making lists of potential baby names. One day at work, we were talking about names and I was offering sarcastic suggestions. I happened to be reading a piece on Tom Ricks’ Best Defense about underappreciated American generals, which mentioned General Galusha Pennypacker, so obviously I immediately suggested that as a name, and it kind of stuck. While she and her husband eventually made the decision not to name their daughter General Galusha Pennypacker (hey, to each his own, right?), she and I from that day forward always referred to the baby as ‘The General.’ And still do. Some day, this little girl is going to ask why her crazy aunt made her a multi-colored print of an obscure Civil War General when she was an infant, and we’re going to tell her to blame Tom Ricks.

Anyway, the General showed up a month early, and I have been working 12-14 hours a day for the last two weeks, which combined with commuting time and volunteering time, has seriously cut into my Clausewitz time. I’ve had almost no time in an alert enough state for much reading, analysis, or writing, but I have grabbed a few minutes here and there to sketch. I am sharing here a couple of the more successful hare sketches, and a couple of bonus sketches I made in homage to some of my favorite tweeps/people who have stayed on my case about keeping up with this project. (That’s a good thing). I may try to work in a few more of these as we go along, as there are a few others who deserve the same tribute, and these drawings also provide the opportunity to sketch different critters who could appear in the book. 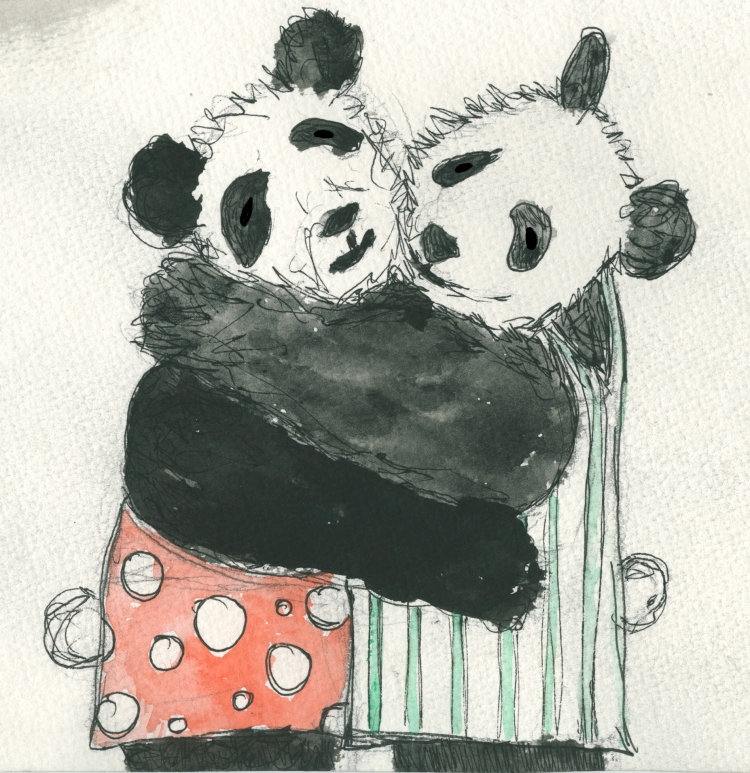 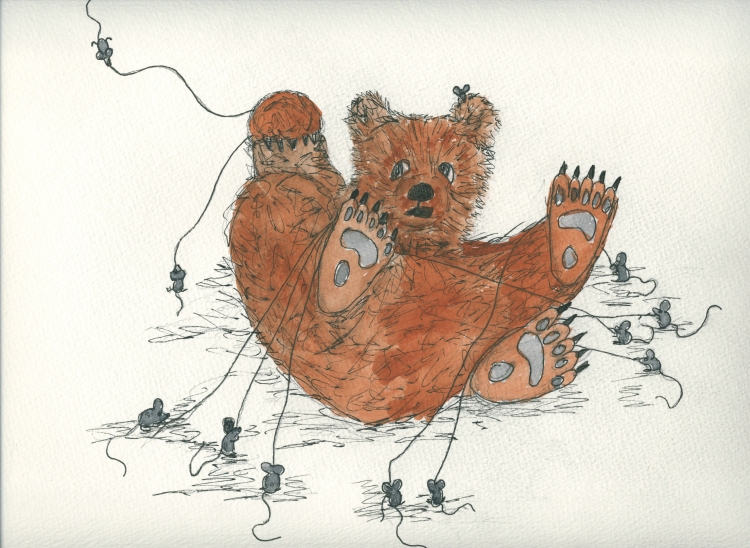 Gulliver Among the Lilliputians

Thanks for the continuing enthusiasm and support. A lot of people (especially Laurenist and PetulantSkeptic) have been sending me great links, mainly about rabbits or unusual children’s literature projects. I’m thinking I might start saving them up and posting periodic round-ups, so you all can see the very diverse range of items people send my way.