First off, thank you to those of you who have commented, tweeted, and otherwise given input, with a special nod to he who is known on Twitter as PetulantSkeptic, who voted for more drawings done in the style of etchings without bothering with the etchings, something which literally had not occurred to me at all. I think this is the way I am going to proceed (with watercolor or pencils for color), because it allows me the level of fine detail I will need for some of the illustrations (which neither markers nor pure collage really do) without requiring the work, time, and access to equipment of actual etchings. However, as I am still a printmaker at heart, I intend to make a print for the cover.

I am also currently in the middle of experimenting with  collages which combine the pencil-and-ink drawings for figures and other fine-detail items with various cut papers for backgrounds, landscapes and other larger-mass types of elements. If I am able to put together anything remotely successful, I will put it up later in the week.

In other style news, while I reserve the right to change my mind, I think I am going to take the classic children’s literature approach of using animals to stand in as the ‘characters’ of the book. I was a bit worried about that being cliché, but quite honestly 1) I am confident in my ability to make the approach my own; and 2) the mere fact that it is Clausewitz should be sufficient to set this book apart from other children’s books. As I am working through the material (I have the Paret now, at the insistence of the much-wiser-than-I Adam Elkus), I am seeing Carl as our narrator, probably with a cast of other creatures illustrating his points.

I don’t know that anyone would have held it against me if I used an animal not native to Prussia to represent Carl, but that’s not who I am. (You gotta have standards). So I did my homework on fauna native to the region, and I looked at dozens, if not hundreds, of pictures of about twelve different species. I narrowed that down to five, and made studies of Carl in each of those forms. (I did consider also using a white-tailed eagle or golden eagle, but in the end, I discarded all birds because while I love to draw birds and I have no trouble drawing them in profile or even three-quarter angle, I always struggle to draw them face on, and whomever I cast as Carl needs to be something I can draw fairly comfortably from all angles). I have not made a final decision on which of these I am going to use (but don’t think I am not sorely tempted to go with the hare purely because he would be Hare Clausewitz and I am an enormous sucker for wordplay, however corny it might be). I am including all of them below, so take a look and please feel free to let me know if you have a favorite and why. 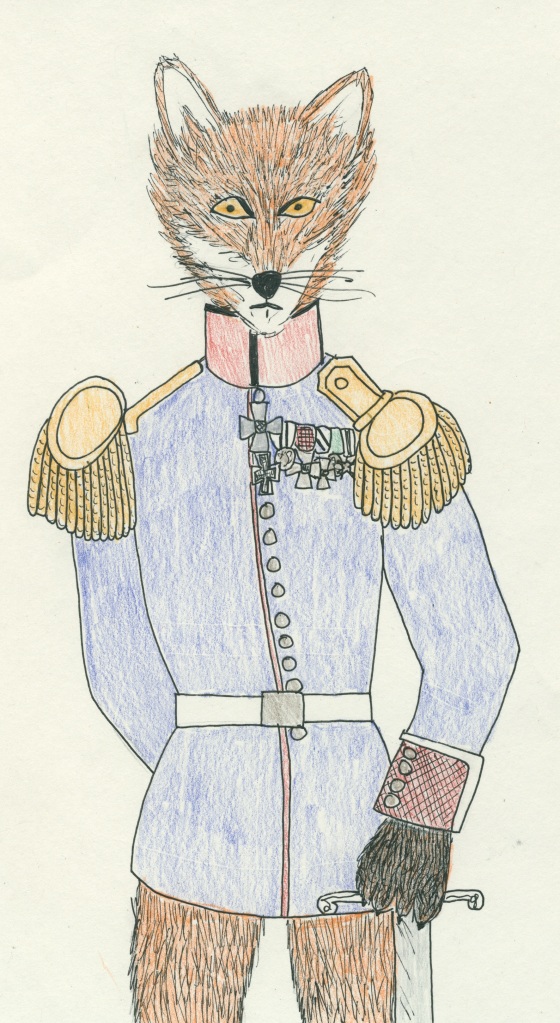 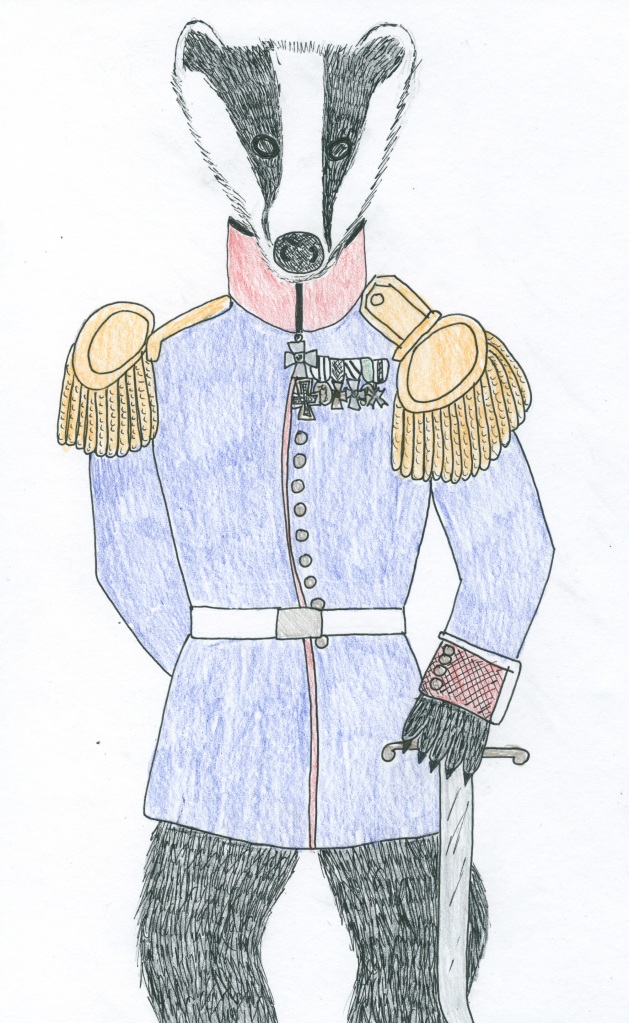 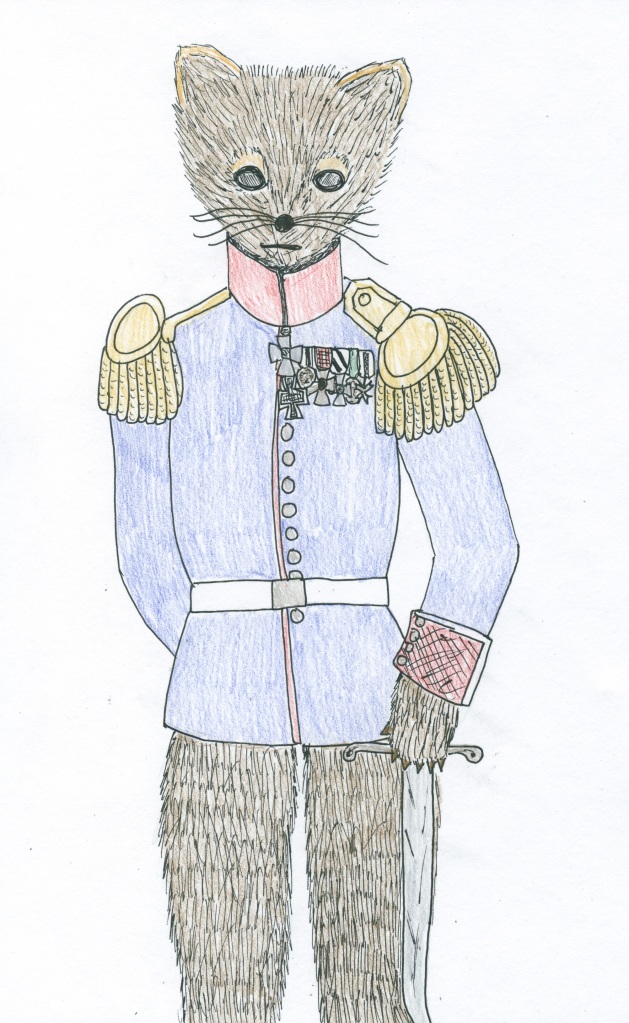 Thanks, as always, for reading. This project is just getting underway and already it has been quite an experience. If you had told me a year ago – or six months ago, or even four months ago – that I would be spending this much time with Clausewitz, I don’t know if I would have believed you. However, it is provoking interesting conversations and really expanding my own knowledge of and thinking on strategy and its meanings and implications, not only within the book, but out in the real world. I am looking forward to seeing where it takes me before all is said and done.

UPDATE: I am a big jerk and forgot to mention that the lovely Laurenist first suggested a hare for Clausewitz. So, she is smart and delightful and shares my appreciation for puns, meaning I really should have remembered to credit her for the thought in the first place.

10 thoughts on “All Fauna Contained Herein Native to Prussia”